As I discussed in my recent webinar on the power of habit, habits, whether conscious or subconscious, are the cause of about 40-45% of our everyday decisions. As such, multiple strategies for creating “good” habits and cutting out “bad” ones exist. Common to each approach is the need to first identify the habit that you want to start or stop.

As one example, procrastination is a bad habit that many of us are guilty of, while its counterpart–increased productivity–should be a goal for everyone. Again, there are several strategies for increasing productivity, including habit stacking and using “hot” or “cold” prompts. (And of course we cannot forget about the Pomodoro technique!) Additionally, something known as the Zeigarnik effect can be leveraged to help you tick off all those lingering items on your never-ending to-do list. In this article, I discuss what the Zeigarnik effect is and how we can use it to stop procrastinating. Further, I touch on the roles of digital technologies in enforcing this approach.

What is the “Zeigarnik Effect” Anyway?

The Merriam-Webster dictionary defines the Zeigarnik Effect as “the psychological tendency to remember an uncompleted task rather than a completed one.” It is named after Lithuanian psychologist Bluma Zeigarnik. Back in the 1920’s, together with her professor, Zeigarnik had noted that restaurant waiters seemed to remember incomplete orders well. Conversely, those that were done and paid for were quickly forgotten. Accordingly, she hypothesized that the completion of a task can lead to it being forgotten, whilst incomplete tasks stay top-of-mind.

In her experimental study “Über das Behalten von erledigten und unerledigten Handlungen” (“On Finished and Unfinished Tasks”), volunteers were asked to complete a series of separate assignments such as solving a puzzle or stringing beads. For some tasks, they were interrupted by the experiment supervisors, whereas they were given enough time to complete the rest uninterrupted. Interviews confirmed Zeigarnik’s hypothesis, with the participants being able to recall details of the interrupted tasks approximately 90% more often than for the completed ones. Subsequent studies by Zeigarnik and others confirmed these initial results, both in adults and children. Taken together, the results of these studies suggest that the desire to finish an incomplete task results in the task remaining in a person’s mind until completion. In other words, not finishing a task creates “mental tension” and keeps the task at the top of our mind.

How Can We Leverage the Zeigarnik Effect to Improve Productivity and Minimize Procrastination?

To relieve the mental tension of having unfinished tasks, we need the closure that comes with completion of the task. However, for those prone to procrastination, this can be a serious struggle. To improve productivity, the Zeigarnik effect implies that the act of taking the first step and simply starting a task will help. If you have a long report to write, start by simply writing one paragraph or even just one sentence. It doesn’t even have to be the first sentence of the report. It could be sentence number 2 in paragraph 5 of chapter 14. The key is that you started something, somewhere. Once a conscious decision to start a task has been made, the cognitive tension of the Zeigarnik effect will make finishing the task unavoidable. 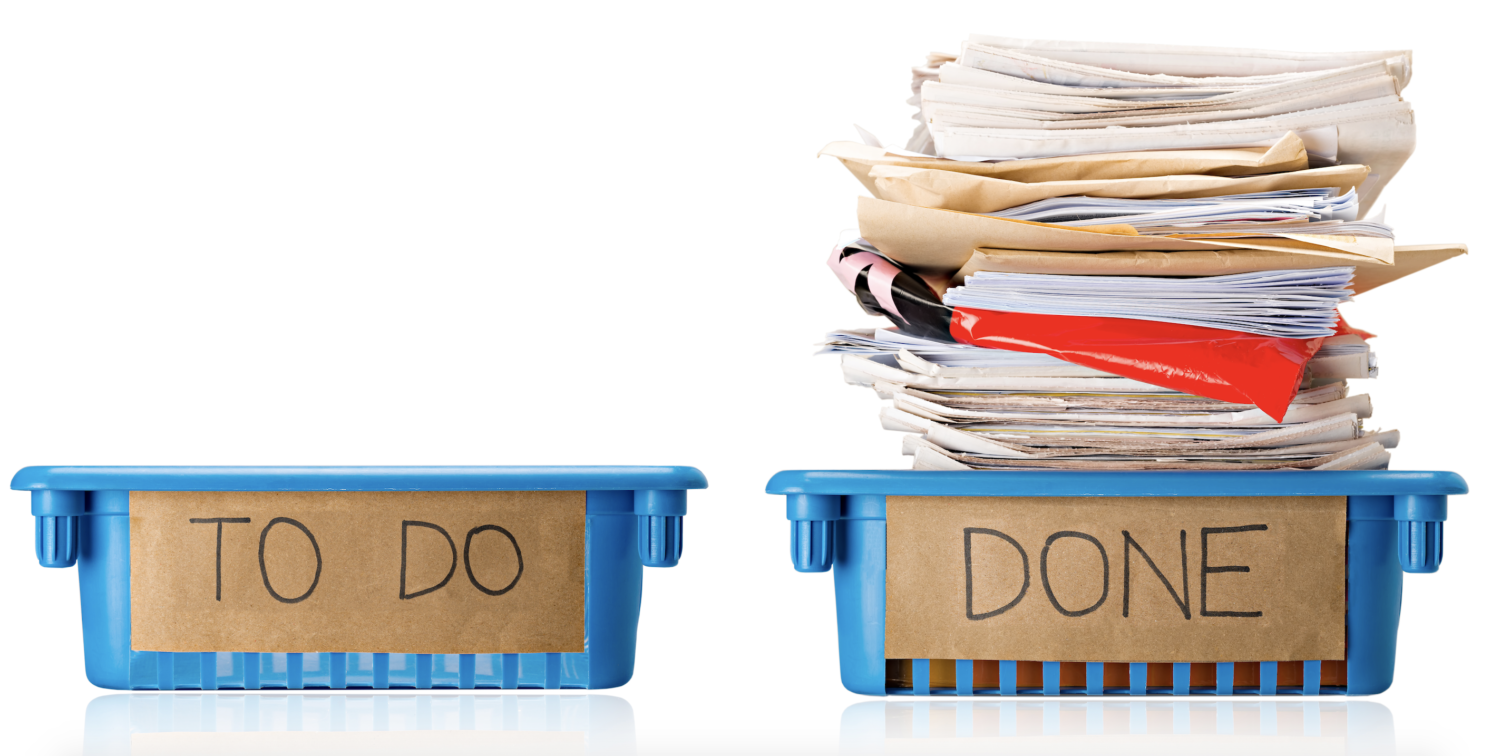 Taking strategic breaks is another key to getting the job done. Using the same example of writing a long report, taking a break in the middle of a chapter instead of at the end will prompt you to come back and finish the job. Conversely, taking a break after finishing a section might give you a false sense of completion. Taking regular breaks will also help with memory and information recall.

Lastly, limiting the amount of tasks you have on your plate is important if you struggle with multitasking and procrastination. Each new task basically represents an interruption of ongoing tasks, which can exacerbate mental tension and cognitive overload. By limiting the number of new and ongoing tasks, both your focus and productivity can improve.

There are numerous other ways to apply the Zeigarnik effect in everyday life, as well as for Pharma specifically. Using pharmaceutical marketing as an example, this concept can be used to generate effective marketing campaigns, including digital and TV advertisements. In a 1972 study by Heimbach and Jacoby, the authors suggested that the “jingle” in some advertisements may play on the Zeigarnik effect. They hypothesized that the viewers would be compelled to hear a musical tune to its natural conclusion. Moreover, they speculated that hearing only part of a familiar jingle could improve memory recollection of that particular ad. Indeed, the authors found that recall was better for ads with a jingle. Furthermore, similar to in Zeigarnik’s original study, this was improved if there was an interruption before the end.

As a second example, consider this: there is an upcoming educational event (e.g. a webinar or in-person event) that (1) you want as many people as possible to attend and (2) in which you will deliver important messages that you want the participants to remember. Leveraging the 4 principles of the Zeigarnik effect, the first step would be to draw attention to the event using incomplete information. Second, allow the attendees to actively participate in the webinar or in-person meeting. For example, encourage questions, have them complete simple tasks, or plan interactive workshops. Third, terminate the event prematurely or leave a “cliffhanger” at the end to improve their recollection of the topics discussed. Finally, invite the participants back for a second event or a post-meeting online activity, thereby allowing resolution of the unfinished items.

There are countless productivity apps available for personal use, some of which leverage the Zeigarnik effect. Priority Matrix, utilizing the “1-3-9 Productivity System,” is one such app. This app lets you prioritize tasks or subtasks into a matrix, with 4 levels based on priority. You cannot move on to the next level before checking off the task(s) in the previous level.

For multi-stakeholder projects such as co-author working groups, moving the project online and using timely call-to-actions such as email or text message reminders help get procrastinating working group members started on time. By letting them contribute on their own time over a specified time period of 2–3 weeks, they are also able to take regular, strategic breaks, thereby increasing the engagement and completion rates. Likewise, for other projects such as virtual advisory boards, by having a moderator responding or asking follow-up questions to an advisor’s comment, you can create a sense of incompletion, and the advisor will be compelled to log back in to answer the question. Finally, just like in the medical education example above, the productivity and output of in-person consultancy meetings can be amplified by leaving some questions unanswered and conducting a post-meeting online touchpoint shortly after the meeting.

Being mindful of the Zeigarnik effect can promote long-term mental well-being by motivating people to complete tasks sooner and develop better habits. In turn, this provides a sense of accomplishment and boosts self-esteem, while reducing stress, anxiety, and intrusive thoughts. It can also be leveraged for a variety of Pharma initiatives. These include marketing campaigns, creation or co-creation of reports and other documents, synchronous or asynchronous meetings and events, among others.

So what are you waiting for? Today seems like a perfect day to start your next project…

Forsythe, F. (2019). What Is the Zeigarnik Effect and How to Use It to Beat Procrastination. Learning Mind. Retrieved from https://www.learning-mind.com/zeigarnik-effect-procrastination/

Young, S. (2018). HOW TO STOP PROCRASTINATING USING THE ZEIGARNIK EFFECT. The Independent. Retrieved from https://www.independent.co.uk/life-style/procrastinating-how-to-stop-zeigarnik-effect-phenomenon-at-work-now-a8247076.html

Digital Opinion Leaders (DOLs): Who are they and how can Pharma engage them? 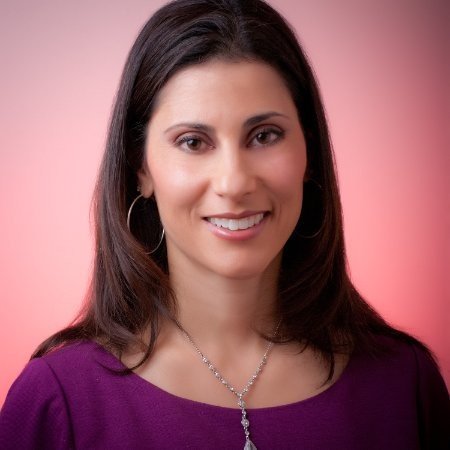 Don’t miss the chance to read Natalie´s next article