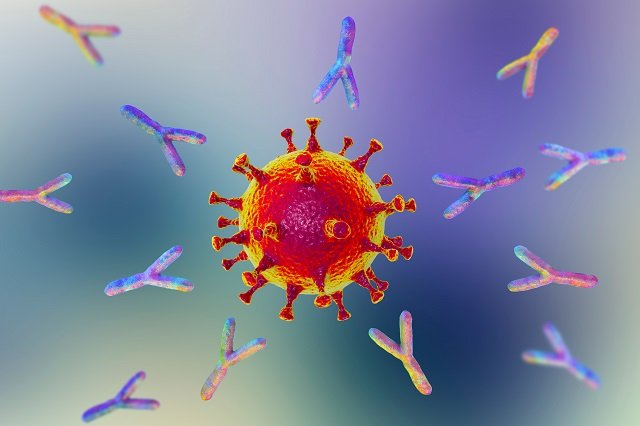 PARIS–(BUSINESS WIRE)–SpikImm, a Paris-Based biotechnology company and Institut Pasteur reports that SPKM001, their high affinity human monoclonal antibody, potently neutralizes the original SARS-CoV-2 strain as well as its variants of concern, including the Alpha (formerly UK), Beta (South-African), Gamma (Brazilian), Delta and Delta Plus (Indian) variants. SPKM001 is a high affinity human monoclonal antibody which targets the receptor-binding site (RBD) on the SARS-CoV-2 Spike protein. SpikImm has recently signed an exclusive worldwide license agreement with the Institut Pasteur for the development of anti-SARS-CoV-2 (Covid-19) monoclonal antibodies (mAbs), including SPKM001.

The Delta variant is now estimated to have an R0 (number of people that one infected person will pass on a virus to) potentially as high as 6, twice as transmissible as the original strain. The Delta variant currently affects most of the new cases around the world. Delta Plus, which the World Health Organization also lists as a “variant of concern,” was first detected in the U.K. in June. It has since been found in several other countries, including the U.S., India, China, Russia, and Japan.

“Unlike some of the most-advanced antibody-based therapies targeting SARS-CoV-2, SPKM001 has demonstrated a potent and broad neutralization activity against SARS-CoV-2 and its pathogenic variants, with an in vitro IC50 value (half maximal inhibitory concentration) of 1 to 2 ng/ml. SPKM001 should have an edge over first-generation monoclonal antibody therapies for COVID-19 because of its broad neutralization capacity monotherapy in the face of emerging virus variants.“ said Hugo Mouquet, Ph.D., head of the laboratory of Humoral Immunology at Institut Pasteur

The therapeutic efficacy of SPKM001 was demonstrated in vivo using in the K18-hACE2tg-mouse and golden hamster models. Results will be available soon as preprint then submitted in an international peer-reviewed journal.

“Monoclonal antibody therapies are one of the most innovative ways currently available to treat Covid-19 patients and prevent severe forms of the disease. Potent and broadly neutralizing “super-antibodies” developed by SpikImm could be an important tool for both the treatment and prevention of COVID-19, especially since SpikImm is developing a long-lasting antibody with a convenient outpatient administration.” said Pr Karine Lacombe, Professor of Medicine at Sorbonne University and Member of the Board of Directors of SpikImm.

SpikImm was founded and is financed by Truffle Capital and its BioMedTech fund: it is the second cooperation between the Institut Pasteur and Truffle Capital, following in the footsteps of Diaccurate, another biotechnology company. SpikImm’s objective is to fast-track pre-clinical and clinical development of anti-Sars-CoV-2 monoclonal antibodies in Europe, North America or Brazil. Diagnostic application of monoclonal antibodies will also be considered. Antoine Pau, Pharm. D., senior partner at Truffle Capital is acting CEO of SpikImm.

Founded in 2001, Truffle Capital is an independent European Venture Capital firm specializing in Life Sciences (MedTech and BioTech) and disruptive technologies in the I.T. sector (FinTech and InsurTech). Truffle Capital’s mission is to support the creation and development of young innovative companies capable of becoming tomorrow’s leaders. Chaired by Patrick Kron and managed by Dr. Philippe Pouletty and Bernard-Louis Roques, co-founders and CEOs, Truffle Capital has €700 million in assets under management. It has raised more than €1.1 billion since its creation and has supported more than 70 companies in the digital technology and life sciences sectors. In 2019, Truffle Capital has announced the raising of nearly €400 million in new institutional funds, including €250 million in BioMedTech.

About the Institut Pasteur and Pasteur Network

The Institut Pasteur, a non-profit foundation with recognized charitable status set up by Louis Pasteur in 1887, is today an internationally renowned center for biomedical research with a network of 33 members worldwide. In the pursuit of its mission to prevent and control diseases in France and throughout the world, the Institut Pasteur operates in four main areas: research, public health, education and training, and development of research applications. More than 2,800 people work on its Paris campus. The Institut Pasteur is a globally recognized leader in infectious diseases, microbiology, and immunology. Other avenues of investigation include cancer, genetic and neurodegenerative diseases, genomics and developmental biology. This research aims to expand our knowledge of the living world in a bid to lay the foundations for new prevention strategies and novel therapeutics. Since its inception, 10 Institut Pasteur scientists have been awarded the Nobel Prize for Medicine, including two in 2008 for the 1983 discovery of the human immunodeficiency virus (HIV) that causes AIDS.

Lilly to Supply the EU and EEA with up to 220,000 Doses of AbCellera-Discovered Bamlanivimab Together with Etesevimab for the Treatment of Confirmed COVID-19