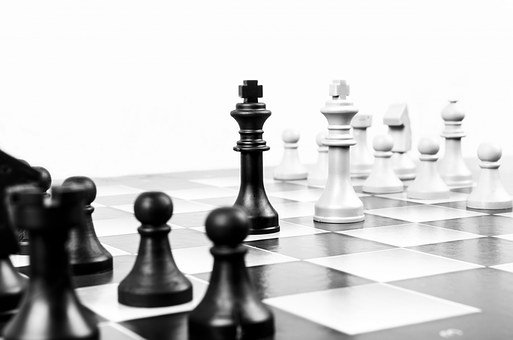 War games or competitive simulations, as some companies label them, are extremely useful in estimating, not only what the competitor will do, but also other players, such as the local FDAs, payors, physicians and other key players.

Strategic war games are very flexible, as they are designed on an ad-hoc basis. But, let’s define what is a strategic war game, so it can be better understood what we mean by them:

A war game is a simulation of a business situation, where we try to assess what the likely reactions of key stakeholders will be at the same time, as well as the impact of these reactions on the company’s performance, to refine our strategy.

Running a war game, we will know the competitor (the enemy in Sun Tzu’s parlance), as we put ourselves in its shoes and design its strategy. Indeed, getting teams to put themselves on the shoes of the competitor is generally one of the most difficult tasks, as teams tend to remain on the own company’s mindset. Thus, a key task for the war game coordinator is to ensure that the teams get into the competitors’ roles.

Running a war game, we will also know ourselves better, as we will analyze our strategy from several different points of view (competitors, other players and ourselves) and will discover our potential blind-spots.

Running a war game does not begin with the dynamic itself, but much earlier, as the following steps are done before running the war game:

Then, there is a lot of work before the war game itself. Indeed, most of a war game success can be attributed to the preparation work. We even run the war game among ourselves before doing it in practice to tweak it a bit, if needed, and make it as successful as possible.

The following steps are done during the war game itself:

The main benefits can be summarized as:

War games are useful any time that:

As they are tailor made considering the players, scenarios, etc., any situation can be simulated.

The only limitations to its use are that:

In product launches war games are generally used to test the strategy (either of the new entrant or the incumbent). They can be extremely useful for detecting blind-spots and preempt competitor strategies that might significantly impact the launch or counter-launch of the product. In this case, it is normally useful to consider the framework for competitive interactions, already described in a former article, when developing the war game and playbooks, as it can shed light over many possible moves the competitor might do.

In the case of product launches, it might be useful to do afterwards a tactical war game, so salespeople experience first-hand what will happen in the field and develop approaches to leapfrog competitors. We will also cover tactical war games in a future article.

The main key success factors can be summarized as:

We have run a myriad of war games in Latin America, most of them in product launch situations (either the product launcher or the company reacting to the launch). In all cases war games resulted in management teams tweaking somewhat the strategies and also having higher levels of confidence on the strategy chosen. Thus, allow for time to introduce changes in the strategy.

Lilly to Supply the EU and EEA with up to 220,000 Doses of AbCellera-Discovered Bamlanivimab Together with Etesevimab for the Treatment of Confirmed COVID-19